By Michael Jones on Sunday, January 27th, 2019 in Local News 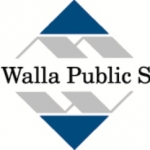 WALLA WALLA, Washington — Nominations are now open for the district’s prestigious Graduates of Distinction program. Nominations for this year’s recipients will be accepted through March 15. Please consider nominating an outstanding graduate or encouraging someone you know to submit a nomination. Recipients will be honored prior to the June 4 School Board meeting.

Who may nominate?
Anyone interested in Walla Walla Public Schools.