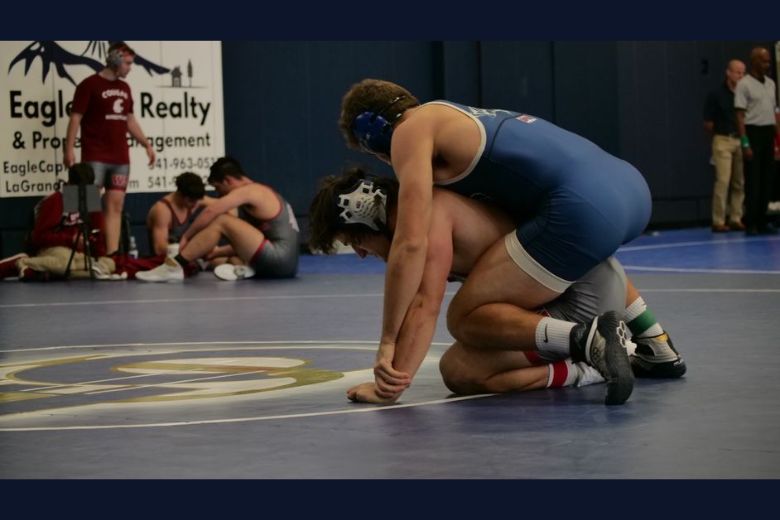 LA GRANDE – (Release from Eastern Oregon University) The Mountaineers were back in action Sunday as they traveled to Spokane, Wash. to compete in the Spokane open. The Mounties had a good day on the mat as five EOU wrestlers found spots on the podium.

Starting in the 125-pound division as Luciano Fasulo was able to finish fourth in the division. Fasulo went 2-1 on the day with his only loss coming against eventual first place finisher Tanner Cook from Montana State Northern.

The next Mountie to place was Zach Mauras who finished third in the 133-pound division. Mauras went 3-1 on the mat in the tournament with his only loss coming against the eventual first place finisher of the weight class, Brandon O’Brien of North Idaho College. Mauras was not the only Mountie who found themselves on the podium in the 133-pound division. Coy Butner tabbed a fifth-place finish after a 3-2 performance on the mat.

The fourth Mountie to find the podium was Cole Cross who finished sixth in the 141-pound division after going 2-3 on the day.

The final Mountie to reach the podium was Darrian Hoobery in the 285-pound division. Hoobery had an outstanding day going 5-1 on his route to a third-place finish.The Mountaineers will be back in action Saturday, Dec.10 at 5:00 p.m. as they take on Warner Pacific at home in La Grande, Ore.