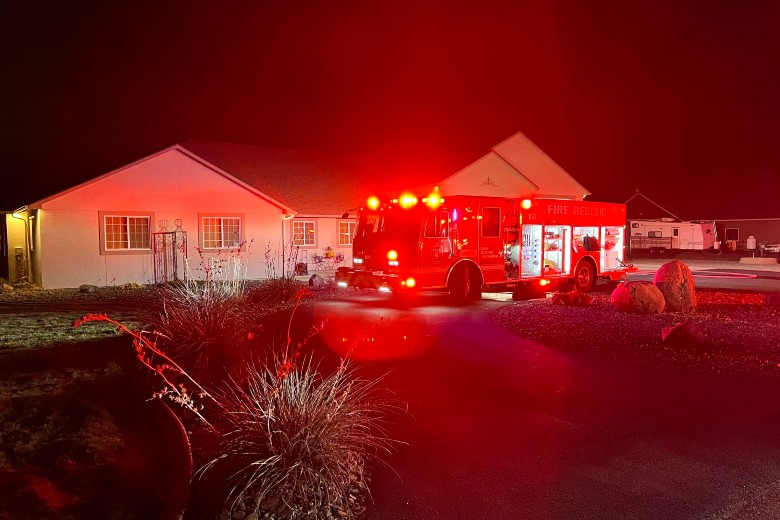 PASCO – Firefighters are reminding everyone to replace all smoke alarms if they are 10 years or older. The reminder comes after firefighters from Franklin County Fire District No. 3 and the Pasco Fire Department responded to a house fire Tuesday morning on the 12000 block of Scenic View Drive.

The homeowner called 911 after noticing a fire in the wall around the fireplace. Firefighters responded and quickly extinguished the fire.

During the initial investigation, the homeowner told firefighters the smoke alarms never sounded despite having fresh batteries.

It turns out that the smoke alarms were almost 15 years old. Firefighters said smoke alarms over 10 years old may sound the alarm slower or not at all. They advise the public to check the dates on the alarm and replace if older than 10 years. If anyone has questions about smoke alarms, contact the local fire department.