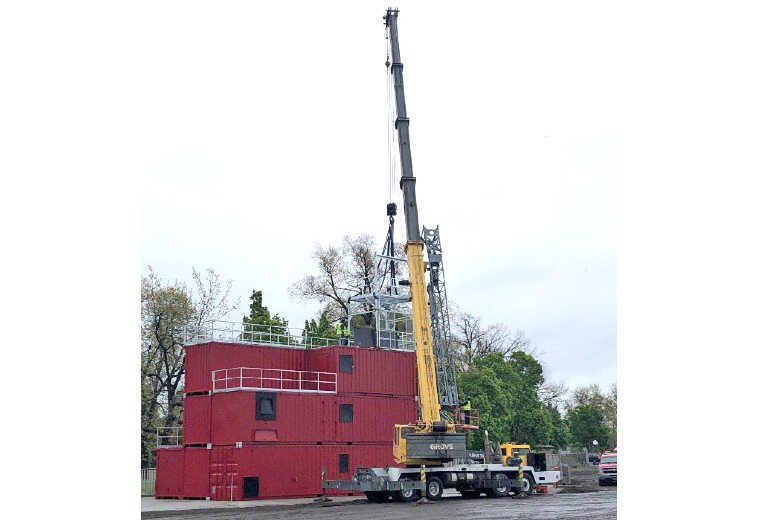 WALLA WALLA – An open house will be held tomorrow (Tuesday) at the Walla Walla Regional Training Tower, to celebrate the completion its construction. Tours of the fire drill tower, located at 300 Cayuse St., adjacent to Washington Park, will be held from 1 to 4 p.m. by members of local fire agencies.

“I am so excited to take a tour of this amazing training tower for our firefighters to train in,” Walla Walla County Commissioner Jenny Mayberry said. “Thank you to all of our local agencies that worked together to make this happen”.

The new fire training tower replaces the previous drill tower that opened in February 1974, which provided many decades of training to firefighters and was at the end of its useful life. The new structure will serve as a regional training facility for the Walla Walla Fire Department, Walla Walla County Fire District No. 4, and the College Place Fire Department.

Construction of the new training tower began Jan. 18. The project cost $894,734. It was funded equally by the three regional fire agencies that will make use of it.