By Michael Jones on Saturday, February 2nd, 2019 in Local News 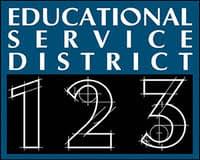 PASCO, Washington – The Educational Service District 123 Board of Directors is now seeking applications to fill its District 3 vacancy, serving part of the Walla Walla Public Schools. The former Director for District 3, Bruce Wildfang, resigned from the position on January 24, 2019. Mr. Wildfang served on the ESD 123 Board since February 2013 and as a member of the Association of Educational Service Districts since January 2015. ESD 123 thanks him for almost six years of service to our school districts, the community, and the state-wide education system.

Board members for ESDs are elected by local school boards. The ESD board director position includes the following duties:  attending and participating in Board discussions and decision-making, establishing and approving agency policies and budgets, and communicating with school district and other agency partners and legislators.

Applicants cannot be current school district board members or employees, and must reside within the boundaries of and be a registered voter in District 3. Interested candidates should submit a completed application form by March 11th to ESD 123, Attn: Kuniko Votaw at 3924 West Court Street, Pasco, WA 99301 or by email to kvotaw@esd123.org. Application materials can be found on the ESD 123 website at www.esd123.org/about/board_of_directors/serving_on_board

Interviews will be conducted in March after review of the candidates, with the selection date tentatively scheduled for March 28, 2019.  The candidate elected to the District 3 position would begin immediately and serve until the next election date in September 2019. More information about elections to ESD boards of directors can be found on the OSPI website at http://www.k12.wa.us/ProfPractices/adminresources/ESDelections.aspx