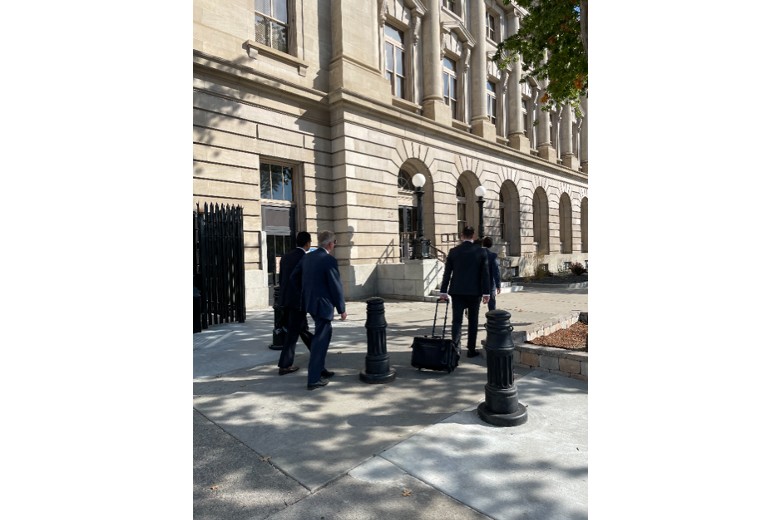 YAKIMA – Vanessa R. Waldref, the United States Attorney for the Eastern District of Washington, announced today that Cody Allen Easterday, 51, of Mesa, Washington, was sentenced by Chief District Judge Stanley A. Bastian to serve 132-months in federal prison for defrauding Tyson Foods Inc. (Tyson Foods) and another company out of more than $244 million by charging them for approximately 265,000 head of cattle that did not exist. Easterday entered into a guilty plea on March 31, 2021 to wire fraud for his $244 million “ghost cattle” scam, which is one of the largest-ever fraud schemes in the Eastern District of Washington.

As set forth in court filings, Easterday used most of the fraud proceeds to cover approximately $200 million in losses Easterday incurred from commodity futures trading on behalf of Easterday Ranches. In connection with these losses, Easterday also defrauded the CME Group Inc. (CME), which operates the world’s largest financial derivatives exchange, by submitting false paperwork, thereby exempting Easterday Ranches from certain position limits in live cattle futures contracts. The remainder of the $244 million Easterday stole from the Victim Companies went toward Easterday’s personal use and for the benefit of the Easterday farming empire – an empire that, by 2020, included more than 22,000 acres of farmland, 150 employees, revenues of over $250,000,000, and even a private plane and hangar.

“The Criminal Division is committed to holding those who carry out fraudulent schemes accountable, especially those that are complex, long-running, and seriously affect our nation’s food industry and commodities market,” said Assistant Attorney General Kenneth A. Polite, Jr. of the Justice Department’s Criminal Division.

U.S. Attorney Waldref stated, “No one is above the law. Mr. Easterday amassed significant personal wealth, yet, he wanted more, so he defrauded his victims of nearly a quarter billion dollars by charging for cattle that never existed.” She continued, “But for the combined and incredible efforts of our law enforcement team, today’s sentence and the $240,000,00- restitution award – one of the largest in our District’s history – would not have been possible. Fraud has a debilitating impact on society by draining our communities’ limited resources. Accordingly, we will continue to prosecute fraudsters to the fullest extent so we can keep our communities safe and strong in Washington State and throughout our great Nation.”

Shortly after Easterday’s massive fraud was uncovered, Easterday Ranches and another of his companies, Easterday Farms, Inc., went into bankruptcy in the matter In re Easterday Ranches, Inc. et al., No. 21-00141-11 (Bankr. E.D. Wa.). Over the following year and a half, Easterday’s companies and their assets, including large amounts of real property, heavy farm equipment, and even aircraft, were liquidated in one of the largest bankruptcy cases in Eastern Washington history. Through the bankruptcy proceedings, the Victim Companies were able to recover approximately $65 million.

“The scale and brazenness of Mr. Easterday’s fraud is immense,” said Assistant United States Attorney Brian M. Donovan, who handled restitution and bankruptcy proceedings on behalf of the United States. “The amount he stole – nearly a quarter of a billion dollars – would  have funded the combined police, courts, and fire department budget of Yakima, which is a city of nearly 100,000 people, for more than four years. Mr. Easterday’s greed destroyed his family’s farming empire and harmed innocent victims.”