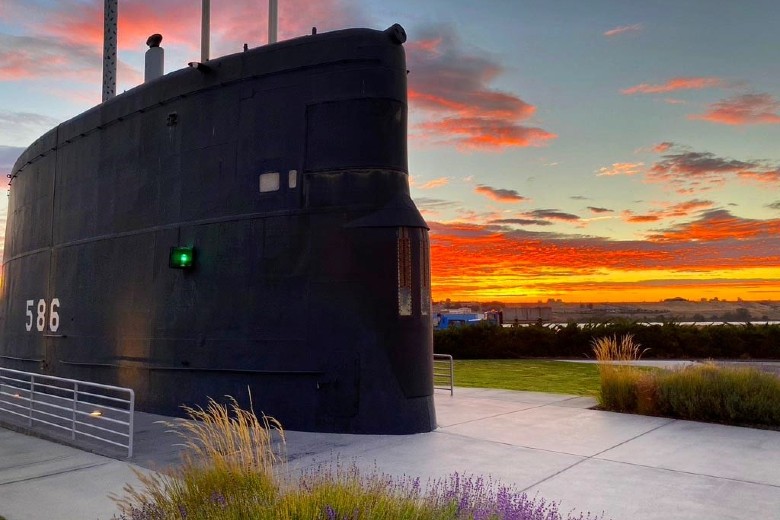 Crew of USS Triton will be honored

RICHLAND, Washington – The Port of Benton is holding a recognition ceremony to honor the original crew members aboard the USS Triton during the nuclear submarine’s historic 1960 mission to circumnavigate the globe, entirely submerged and undetected. The ceremony is Thursday at 10 a.m. at USS Triton Sail Park, 3300 Port of Benton Boulevard.

The USS Triton’s 75-long-sail superstructure and conning tower, which served as an observation platform when the sub was atop the water, are on display in Richland to honor submariners and highlight the significance of the USS Triton’s impact on the Nuclear Age.

“We are opening up the sail for the event and will be allowing interested visitors to climb in and check out the conning tower, if they would like,” Public Information Officer Summers Miya said.

The sail park overlooks the port’s barge slip and high dock where the U.S. Navy transfers nuclear reactor components from decommissioned vessels, including the USS Triton, onshore for deliver to the nearby Hanford Site for permanent storage. From Feb. 24 to April 25, 1960, the USS Triton’s top-secret expedition, Operation Sandblast, proved invaluable to the U.S., gathering valuable oceanographic data, and demonstrating the crew’s endurance and the submarine’s technical capabilities during the Cold War. When the USS Triton was commissioned in 1959, it was considered the largest, most powerful, and most expensive submarine ever built.