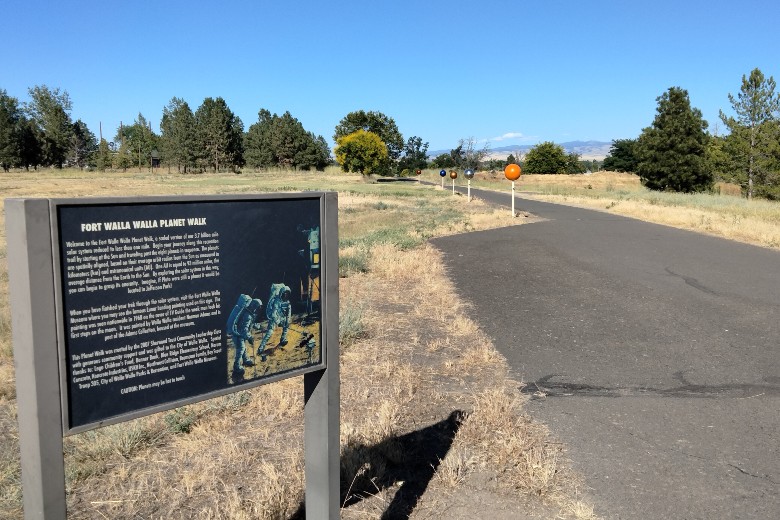 WALLA WALLA – Security officers at the Walla Walla VA Medical Center are warning residents of confirmed sightings of a female cougar and her three cubs (also called kittens).The sightings have been along the Fort Walla Walla Recreational Trail, also known as the Planet Walk, which runs along Bryant Creek south of the VA campus and north of the Rancho Villa manufactured housing community.

Visitors to Fort Walla Walla Park are advised to stay on the paved path and keep dogs always leashed.

The Washington Department of Fish and Wildlife asks the public to please give the cougars plenty of space and let them go their way if anyone does encounter them.

“Cougar attacks are extremely rare,” WDFW Communications Manager Staci Lehman said. “All mother animals with young can be protective though so remember that if you do come in contact with one.”

Lehman adds never run if encountering a cougar, as that can trigger an attack. Face the cougar, talk to it firmly while slowly backing away. Also important is to always leave the animal an escape route.

Other experts advise people should make themselves appear as large as possible as they are backing away. If the cougar keeps coming, throw things like water bottles or rocks, but never something that is on the ground. Stay upright, as tall as possible. People should also yell loudly. If the cougar still comes at a person, it’s advised that he or she should fight back, because a few seconds of resistance can discourage a cougar.