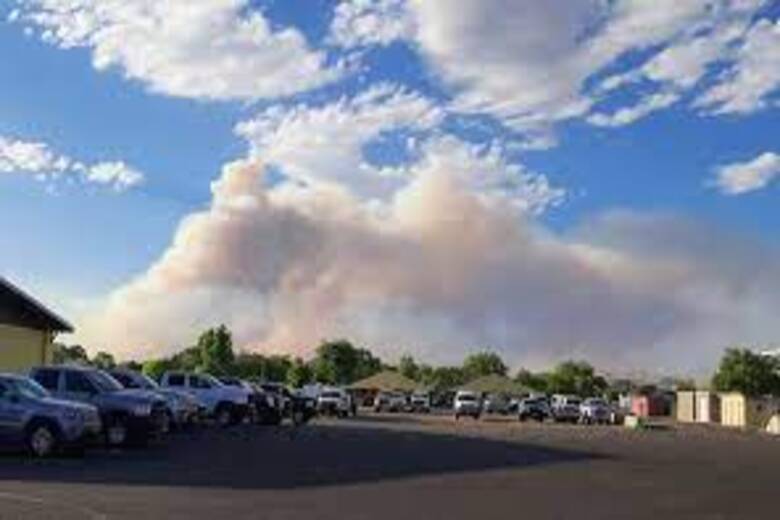 At 7:30 this morning, the rangeland fire burning northeast of Vale was estimated at 40,000 acres with zero containment. Fire activity will increase as temperatures rise today, but lighter winds are expected, and the fire is not expected to spread as quickly as it did Wednesday.

The winds calmed about 3 a.m. which gave us a good chance to get around the hot spots on the fire,” Vale BLM Fire Duty Officer Justin Fenton said this morning.

No injuries have been reported, no structures are threatened and no evacuations have been ordered. The cause of the fire is under investigation.

The fire was reported on private land about 4:15 p.m. MT Tuesday (prior version said “Wednesday”-corrected by BLM), later crossing onto lands managed by Vale BLM. It is burning northeast of Vale in grass and sagebrush rangelands.

Interstate 84 was closed between Ontario and Baker City for several hours due to smoke, but reopened around 11 p.m., according to Oregon Department of Transportation.