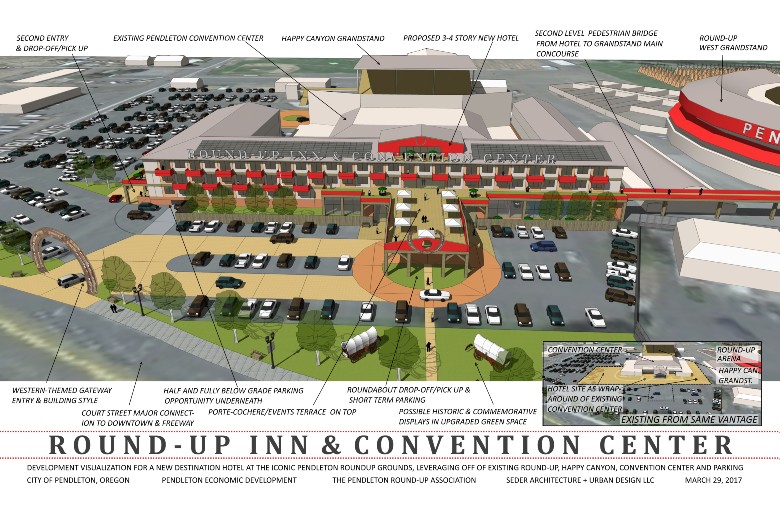 “I would say that after Round-Up 2023, you’re going to see ground breaking,” he said. “We’re just working out all the moving parts not only for the hotelier, but also being good neighbors to Happy Canyon and Round-Up.”

Beard said it’s vital that construction of the facility be timed perfectly.

“Everything is measured before and after Round-Up because it’s such a crucial part of our community,” Beard said. “It has to be timed to not disrupt Round-Up.”

Graphic is a conceptual drawing from 2017. It was created as a proposal, not as a specific plan.