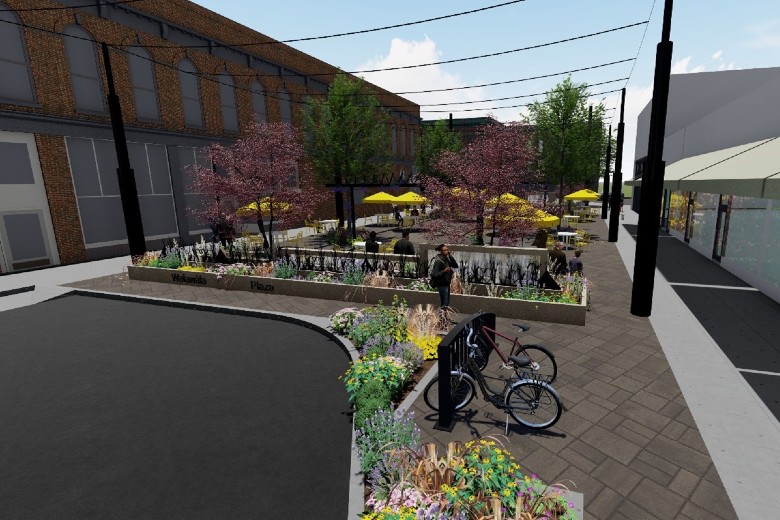 WALLA WALLA – Construction is coming to what is currently being referred to as First Avenue Plaza in downtown Walla Walla. The contractor, Nelson Construction, is anticipating starting construction on Oct. 3. The city of Walla Walla closed First Avenue and converted the space into a temporary public plaza in the summer of 2020 in response to the COVID-19 pandemic. Due to overwhelming support, the city moved forward to make the plaza permanent.

According to the city, the design creates a flush with the existing sidewalk plaza utilizing pavers.  The four existing street trees will be removed and replaced with four large new trees within landscaped areas and four ornamental trees within the water features.  Two water features will anchor the two ends of the plaza.  Parking will be restored to the south side of the plaza including ADA accessible spaces.  The signal at First Avenue/Main Street will be also modified to improve accessibility and the modified use of First Avenue.  Existing water and stormwater mains will be replaced with the project as well.

The city has been working with Tamastslikt Cultural Institute on incorporating elements into the plaza representing that the Plaza is at a historic gathering location of the Cayuse and Walla Walla people.  Curved stamped concrete will reflect Mill Creek and that First Avenue was once a trail crossing and gathering place for those tribes.