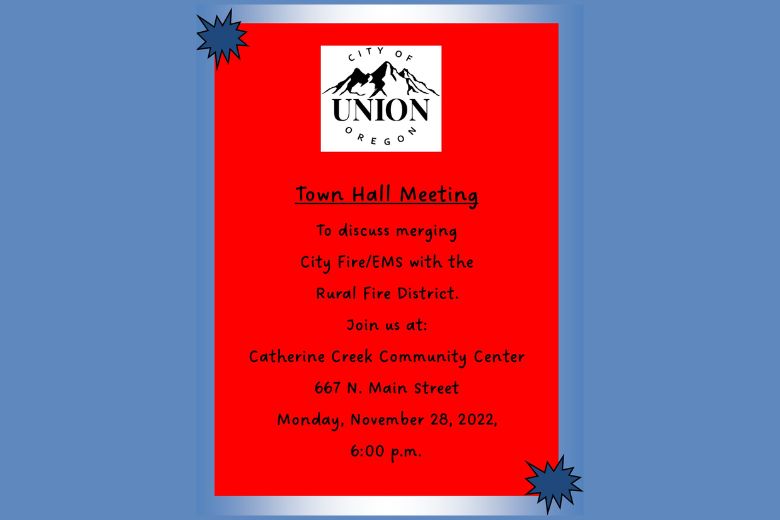 UNION, OR – (Information from the Union Rural Fire Protection District) The City of Union will be holding a public town hall meeting tonight to discuss the merger of the City of Union Fire Department and the Union Rural Fire Protection District. Currently, the two districts are entirely independent with their own chiefs, administrators and boards along with extra overhead and insurance costs. The City of Union Fire Department provides local ambulance services, with eight firefighters on hand between both districts. Notably however, the districts operate out of the same station, with many of the firefighters working for both districts simultaneously.

The meeting is meant to inform the public about the status of the merger and what the full process will entail. The meeting will be held tonight at the Catherine Creek Community Center, Center 667 N Main St, Union, at 6:00 p.m.