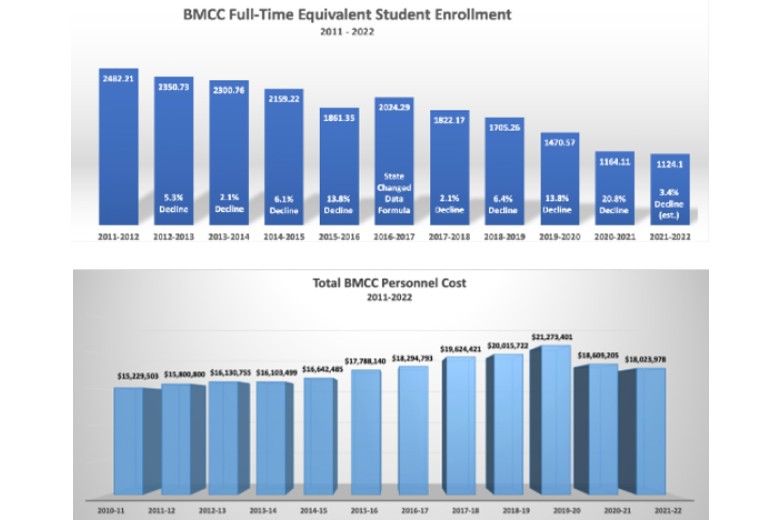 PENDLETON – Blue Mountain Community College Faculty Association President Pete Hernberg issued a news release late last week stating that talks with the college administration had ended without an agreement. Once again, we are presenting you that news release in full, with BMCC President Mark Browning’s responses to it in italics:

Today the faculty association is resuming its campaign of public advocacy after the failure of our efforts to reach an agreement with the college.

We met repeatedly with the college administration and made a proposal that would have preserved the college’s educational offerings while providing significant savings to the budget. Our proposal included:

In return for these concessions, we asked one thing and one thing only: for the college to retract its plan to layoff faculty.

We came very close to reaching an agreement, but the college was unwilling to budge on a minimum of two layoffs. When we asked the college to consider giving up some of its budget increases to preserve educational offerings, they refused to consider or discuss the matter.

The BMFA did not ask the College to give up anything else, they simply stated and restated multiple times that their only goal was to get to zero retrenchments, “global resolution” they called it.

The BMFA is not telling you that the College proactively found ways to potentially keep four (4) faculty positions intact via grant funding. Relying on grant funding is a huge concession for the administration as one-time money has been used in the past to “patch the holes” in the budget and does not address the systemic imbalance in the economics of the BMCC personnel budget.

These budget increases include:

Unfortunately, the college was unwilling to even discuss these unnecessary increases to the budget, nor could they explain why faculty must be laid off to make way for increased travel expenditures, consultants, and administrators. We could not accept arbitrary layoffs because we know BMCC’s mission is to educate its students. We know that students, parents, alumni, taxpayers, and community members rely on BMCC to provide an education that we can all be proud of.

Mr. Hernberg may believe he made efforts to reach an agreement, but he chose to walk away at a crucial moment- a moment that could have kept much of this kind of nonsense out of the public discourse. The administration listened, and actually agreed with some of the ideas and wanted to move them forward. We got as close as two (2) positions- two that have significantly under-enrolled programs but yet the BMFA was willing to throw them aside and in this wild gesture, managed to swing back around and grab the other eight positions (8) and throw them out so that ALL would be retrenched versus just the two.

We believe that we have made every possible effort to reach an agreement with the college administration, and we have no choice but to resume our campaign of public advocacy. Thank you for your support.

Mr. Hernberg, you had a choice and you chose to walk away.

Please join us at the June 1st Board Meeting. We will be gathering at the BMCC Pendleton campus at 4:30pm on Wednesday June 1st.