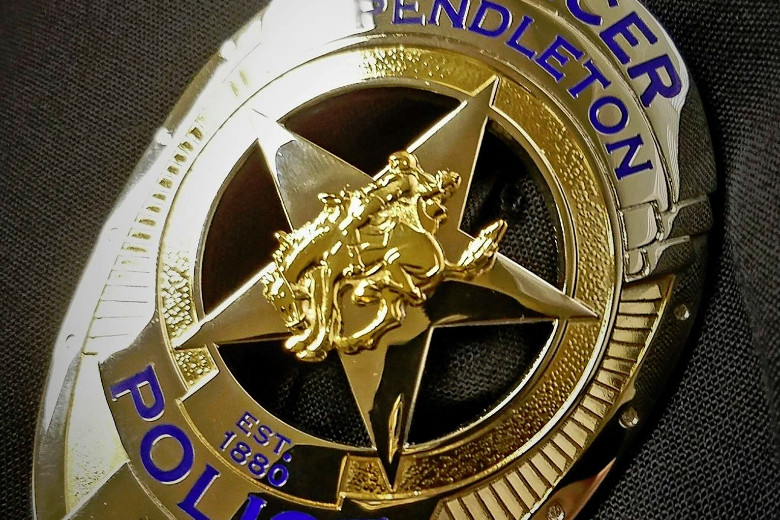 PENDLETON – The last weekend of July was a busy one for Pendleton police officers. There were over 200 calls for service and more than 20 arrests. Police Chief Chuck Byram said that a pursuit early Sunday morning is the type of crime they are seeing more often.

An officer stopped William Everett Rachau, 34, of the Baker area because his motorcycle had a burned out light. Byram said Rachau, who had a passenger on the bike, took off at a high rate of speed, which prompted the officer to stop the pursuit. However, it was determined that Rachau had abandoned both the motorcycle and the passenger in a driveway on Southwest Hailey Avenue.

“About a half hour later, we located the subject and took him into custody on a simple warrant out of Baker County,” Byram said.

Instead of the single warrant, Rachau now faces a felony charge for eluding the police officer as well as reckless driving and reckless endangering charges.

“Unfortunately, those are the encounters that we’re having more and more of these days, people not wanting to be accountable for their actions, and trying to get away at all costs, and endangering the public while they do so,” Byram said.