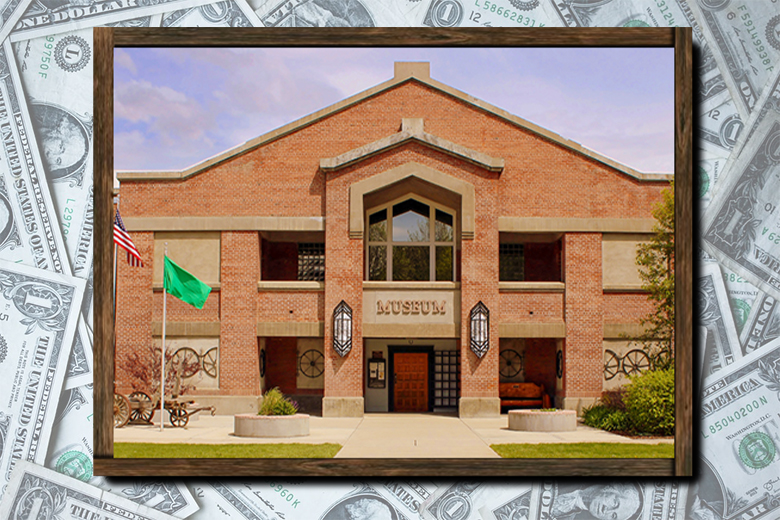 Baker City – Museums are at the corner stone of local culture, providing a community with a valuable treasure trove of historical and cultural artifacts and knowledge. Though exhibits and stand out events may get most of the attention, every piece of a museum plays a critical role, including the roof, that’s why The Baker Heritage Museum is working to replace its. According to museum director Lin Weems, the roughly century old structure was last refurbished in 1996, with volunteers doing what they can to make intermediary repairs. However, as stated by Weems, “we cannot trace when it was actually a new roof, so it’s at the end of its life.”

Currently, the Museum is working toward funding and planning of the full replacement. Staff are in talks with the Baker County facilities director to identify the full scope of needed work and post official bids. Funding is being organized through a combination of potential grants, support from various foundations and local fundraising. Recent fundraising efforts included a yard sale at the historic Alder house during Minor’s Jubilee and a community barbeque on Leo Adler Day. No specifics for the next fundraiser have been confirmed but according to Weems the museum is still planning on hosting additional fundraising events with all proceeds going toward the roofing project.

In the meantime, families interested in Baker Heritage can participate in museum camp. Youth grades 1 through 6 can enjoy fore days of Baker County culture, history and environment through a variety of activities in collaboration with the Oregon Trail Interpretive center. As described by Weems, “every day is a different subject. One Day there’s going to be wild animals and Casey the ranger from the Interpretive Center has got firs and he’s going to talk about trapping and then they are going to cook like pioneers, he’s bringing in his Dutch and they’re going to do some potato patties and things like that. They’re going to tie dye T-shirts one day and they’re going to dig gold and gem digs. So, lots of fun, education stuff packed into three hours each day.” Museum camp runs August 1-4 with registration available until filled.

Ultimately, the Baker County Heritage Museum is a community driven organization. Donations and the work of passionate volunteers are what make critical projects like roof replacement possible, providing Eastern Oregonians with easy access to a unique archive of local history. As best put by Weems, “We love the support of the community. We have the history of Baker County. It’s thirty-three thousand square feet of everyone’s history, everyone that’s been here. We’ve got the gold mining and the cattle ranching, and we’ve got the ballroom with the original floor. The building itself is an original artifact.