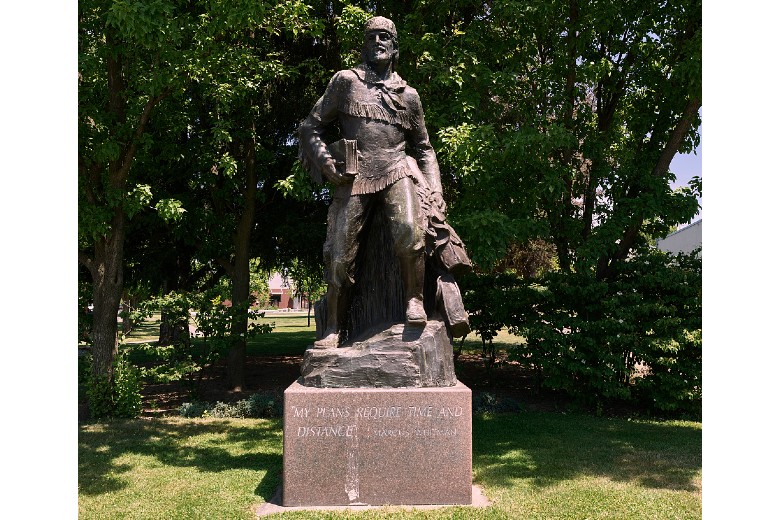 WALLA WALLA – The Walla Walla Arts Commission is recommending that the city-owned statue of Marcus Whitman located on Whitman College property at the intersection of East Main Street, North Palouse Street and Boyer Avenue be moved.

Since the arts commission is only a recommending body and has no decision-making authority, the recommendation to city council is that the statue be relocated, preferably to the Fort Walla Walla Museum.

“Since there is additional work to be done in collaborating with the museum, the arts commission also included in their recommendation establishing a sub-committee,” Deputy City Manager Elizabeth Chamberlain said.

The purpose of the sub-committee will be to help facilitate negotiations with the museum. A date has not been set yet on when city council will take up the art commission recommendation, but Chamberlain said it will likely be in June.

The topic of deaccession, or removal, of the Marcus Whitman statue started in October 2021 when a resident submitted a request. Whitman was an American physician who led a party by wagon to the west in 1836 and founded a mission at present-day Walla Walla.