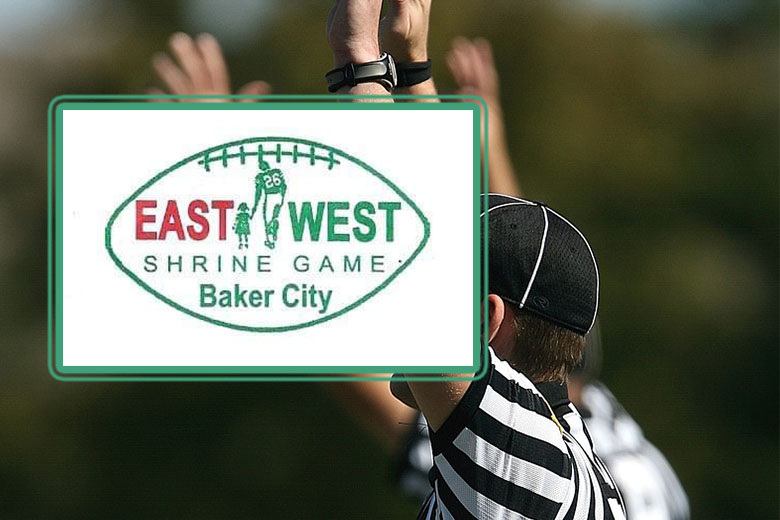 Baker City – Charity isn’t just about donating to a good cause; it involves coordinated community involvement and active effort to bring the mission into the public sphere. The 69th annual Oregon East-West Shriners All-Star Football Game aims to both support a good cause, and fun, memorable weekend for the community.

According to the East West Shriners website, the game was first in 1952 as a collaboration between the Union and Umatilla County Shriners, with Shriner centers throughout the Pacific Northwest continue to support the event, hosting over 4,000 players since its inception. Each year, Oregon school, ranging from 5A to 1A, nominate 30 primary players and 30 alternates for each team, pitting them together in All-Sar Game.

Proceeds from the games go to support the Shriners Children’s Hospital in Portland, with nearly $5 million having been raised to date. The current game is supported by Al Kader Shrine Center in Wilsonville, El Korah Shrine Center in Boise Idaho and Hillah Shrine Center in Medford along with support and donations from various local business and community members.

Staring in the main event of course are students from across Oregon including several from the Union and Baker County Areas. This year’s roster, as of March of 17, is available online at East-West Shrine Football teams announced – Elkhorn Media Group.

The East vs West game is set for Saturday August 6 in the Baker Highschool Memorial stadium from 7:00 P.M. to 9:30 P.M. Several community events also will lead up to the main game including the cattlemen’s/Cattlewomen’s breakfast provided from 6 A.M. to 11 A.M. the community and shrine parade in downtown baker at 11:00 A.M. and the Cattlewomen’s Gridiron Party lunch from Noon to 3:30 p.m. Tickets go on sale at 5:00 p.m. The Shrine Steer Auction will be held at halftime.

Practice and other community events will be hosted throughout the week starting July 31. Tickets are available for $12.00 general admission and $15.00 reserved seating and may be purchased online or in person. For ticket and schedule information visit East West Shriners Football (eastwestshrinefootball.com)