11 apply to be county commissioner, including State Sen. Walsh

By Michael Jones on Tuesday, January 29th, 2019 in Local News 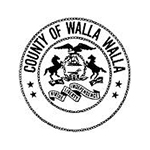 State Sen. Maureen Walsh (R-Walla Walla) and former District No. 3 Commissioner Greg Tompkins, who stepped down in 2014 and was replaced by Duncan, are among the 11. The other applicants are Anthony Hess, Bruce Johnson, Wendi Kregger, Wayne Langford, David Maiden, Daniel Maine, Robert Riley, Sylvia Schaeffer and Jim Smith

“This was an opportunity I couldn’t pass up,” Walsh said via telephone, as she was making her way from Olympia back to Walla Walla for Monday night’s meeting.

Walsh shared that last year she had a heart attack and that while she has tremendously enjoyed her 27 years of public service in Olympia, she’s been longing to continue in public service closer to home. If chosen, Walsh said she would resign from her position in Olympia, as being commissioner is a full-time job, and if not chosen, she will continue her term representing the 16th District with covers Walla Walla and Columbia counties and parts of Benton and Franklin counties.

“In theory, she would need to resign, although it’s not mandatory,” WWGOP Chairman Shane Laib said of Walsh’s possible appointment.

According to the WWGOP, the 2019 annual salary for a commissioner is $79,791. Ballotpedia reports a legislator’s annual salary is $48,731 with a per diem of $120 a day while the legislature is in session. Washington’s state lawmakers are considered a hybrid between part time and full time employees, expected to devote 74 percent of the time a full time employee would devote.

At the conclusion of Monday night’s meeting, the party selected three names to forward to the Board of Commissioners.

“The commissioners will hold their own interviews and make their selection on Feb. 4,” Laib said.

At Monday night’s meeting, each candidate was allotted 15 minutes for opening remarks, to respond to two or three prepared questions from the WWGOP and make a closing statement.

Once the interviews were completed, the central committee moved forward to the voting process. The names of the three candidates are being forwarded in alphabetical order today to the Walla Walla County Board of Commissioners.